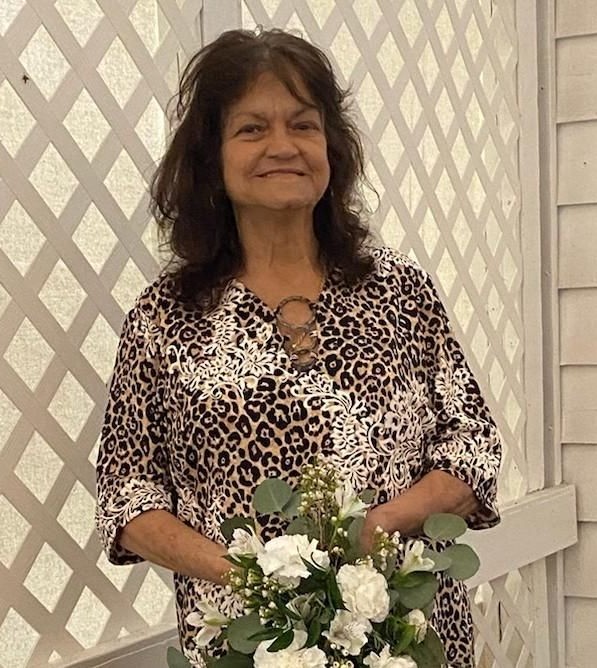 Mrs. Terry Lynn (Akers) Hudson, age 64, of Trenton, Florida, passed away on October 24, 2021, at the North Florida Regional Hospital in Gainesville. She was born on August 20, 1957, in Orlando, to Billie and Mary Elizabeth Akers. Terry moved to this area in 1991 to be closer to family. She was a talented florist and worked for St. Cloud Florist in St. Cloud, FL, then when she moved to Trenton, owned and operated T’s Treasures for several years. She also loved to garden and organize family events. She is preceded in death by her parents and her brother, Mark Anthony Akers and her nephew, Mathew Akers.

Terry is survived by her husband of 36 years, Frank Hudson of Trenton; her son, Joshua (Jackie) Akers of Valdosta; granddaughter, Libbie Akers of Valdosta; sisters Kathy Jo (Tim) Phinney of Kissimmee and Sherry Leah (George) Kremer of Mosspoint, MS; Godson, Billy (Kayla) Phinney of Orlando and nephew, George (Peyton) Kremer of Mosspoint, MS; a host of extended family also survive.
A Celebration of Terry’s Life will be held on Wednesday, November 3, at 6:00 pm at Watson-Milton Funeral Home. The family will receive friends for a visitation from 4-6:00 pm at the funeral home. Arrangements are under the care and direction of Watson-Milton Funeral Home, Trenton, FL. 352-463-8888. www.WatsonMilton.com

To order memorial trees or send flowers to the family in memory of Terry Lynn Hudson, please visit our flower store.
Send a Sympathy Card