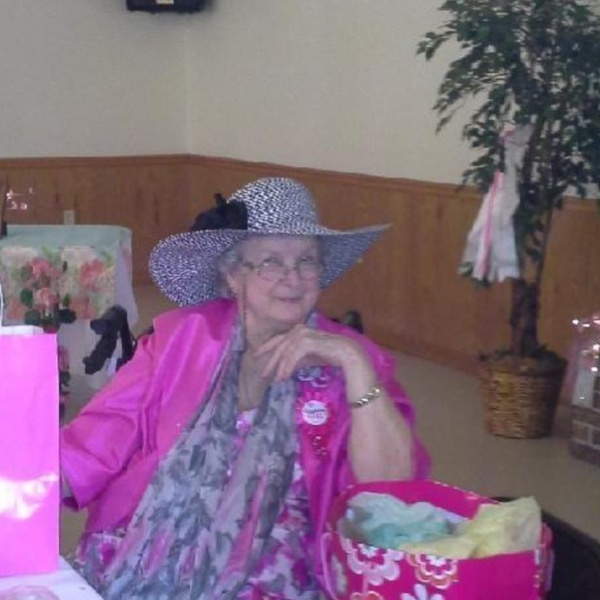 Sarah Queen Stanaland Poppell Collis Nobles was born on March 19, 1935 in the west Taylor County community of Waylonzo, FL to Wesley Columbus and Edwa Jo Elizbeth Stephens Stanaland. Paternal grandparents were Columbus "Lum" Summerford and Sarah "Sally" Charlotte Howard Stanaland. Both grandfather and father were Primitive Baptist Preachers. Maternal grandparents were William Allen and Queen Vesbuelah Carlton Stephens of Perry, FL. Mrs. Nobles is preceded in death by her parents and grandparents as well as her daughter, Carmen Marcia Poppell Morris Blake; her grandsons, Richard A. Morris, William Colton Johnson, T.J. Blake; her brothers, Joel William and his wife Jerry Adkins Stanaland and Elder Wesley Dawson "WD" Stanaland, Sr; her sister, Edwa Jo Elizabeth Stanaland Bell and her husband Fred Bell and her son-in- laws, Jerome Blake and George Peed III. Mrs. Nobles is survived by her daughters, Anna T. Poppell (Glenn)Johnson and Linda S. Poppell Johnson Peed (Steve) Martin, 7 grandchildren and 18 great-grandchildren. Other surviving relatives include Bonita "Bonnie" Rosa Bell Stanaland; sisters, Mary Esther Stanaland Hunter Avery and Janice Stanaland Beland (Wayne)Barringer; brother, Tommie Joe (Mary Jo) Stanaland; stepson, R. Eugene (Patricia) Nobles, Jr. and Kermit Nobles and many nieces and nephews. Mrs. Nobles' family moved from Waylonzo to Columbia, Baker, Orange, Hillsborough and Madison Counties before moving back to and settling in Taylor County. At age 16, Mrs. Nobles married Aulton Poppell. In this union they had 3 daughters. Aulton was a construction iron worker, requiring many moves for work. They resided in Taylor County, Florida, Richmond County, Georgia, Palm Beach and Brevard Counties in Florida, Newark, Delaware and Ogdensburg, New York. They were in Orange County, FL when she returned to school, graduating from high school. She continued to pursue her education and in 1968 she became a Licensed Practical Nurse; all while working and taking care of her family. In 1973 she married Mr. Charles Collis and returned to school, where in 1983, she attained her long sought Registered Nurse Cerification. In 1987 she and Charlie moved to Gilchrist County, where in 1991, he died. He and Mrs. Nobles were both of the Primitive Baptist faith and were members of Shady Grove Primitive Baptist Church, near Trenton, FL. (In 1952 Mrs. Nobles first united with Hebron Primitive Baptist Church in Keysville, FL). At Shady Grove, Mrs. Nobles was highly respected for her able and faithful service as church clerk from 1991 until 2019. Her husband Charlie Collis is interred in the Shady Grove Church Cemetery. In 2001 she and Mr. Rubert E. Nobles, Sr. were married. The two, as she faithfully drove, traveled in many southern states where he filled preaching appointments. In January 2012 he died and is interred at Cool Springs Church Cemetery near Danville, GA. Mrs. Nobles' last requests are that Elders Tommie Stanaland and Jim Sandlin officiate her funeral. She additionally requests that a visitation will be held the night before her funeral from 5:00 PM until 7:00 PM, which will be on Thursday, March 12, 2020 at Watson Funeral Home with her funeral beginning at 11:00 AM on Friday, March 13, 2020 at Shady Grove Primitive Baptist Church. Interment to follow at Shady Grove Primitive Baptist Church Cemetery where she will be laid to rest next to her beloved Charles Collis.
To order memorial trees or send flowers to the family in memory of Sarah Queen Nobles, please visit our flower store.