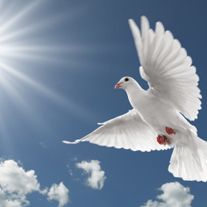 Ruth Langford NesSmith of Trenton, FL, passed away on Friday, February 1, 2019 at Shands UF in Gainesville. She was 80 years old. Ruth was born in Trenton on February 2, 1938 to parents Lem and Susie Gunn Langford and was a lifelong resident. She was a Teacher's Aide with the Gilchrist County School System and was a member of Bethel Baptist Church. Mrs. NesSmith is preceded in death by her parents and by her husband, Harvell Heyward NesSmith. She is survived by her daughters, Ruth Anne NesSmith and Angela (Gary) McKenzie, both of Trenton; her sister, Irma Lee Sanchez of Newberry; her grandchildren, Houston (Kimberly) McKenzie and Garrett (Ashley) McKenzie and her great-grandchildren, Railee McKenzie, Zibe McKenzie, Carsen McKenzie, Lilli Anne McKenzie, Wyatt Yarborough, Molly McKenzie, Kindyn McKenzie, Harper McKenzie, Case McKenzie and Dixie McKenzie. A Graveside Service for Mrs. NesSmith will be held on Monday, February 4, 2019 at 11:00 AM at Bethel Baptist Church Cemetery with Pastor Rick Lawrence officiating. The family will receive friends at Watson Funeral Home on Sunday afternoon, February 3, 2019 from 3:00 until 5:00.
To order memorial trees or send flowers to the family in memory of Ruth Langford NesSmith, please visit our flower store.
Send a Sympathy Card