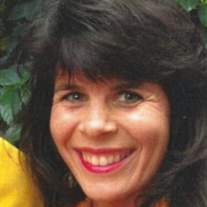 Martha Joyce Allen of Trenton, FL, passed away on Monday, December 30, 2019 at her home. She was 52 years old. Martha was born on April 17, 1967 to parents, Fred and Joyce Shewmaker in Wooster, OH and had been a resident of Trenton since moving from Middlebourne, WV 10 years ago. She was a homemaker and mother and was a member of Midway Church of Christ. Martha is preceded in death by her parents. She is survived by her husband, Danny Allen of Trenton; her daughters, Jasmin (Josh) Smith of Ocala and Angel Allen and Victoria Allen (Trace Adkins), both of Trenton; her son, Jordan Allen of Trenton; her sisters, Sarah Rosado of Orlando and Suzi Shewmaker of Cape Canaveral; her brothers, James Shewmaker of Trenton and John Shewmaker of Orlando and her grandchild, Hudson Smith. As well as many nieces and nephews who she loved as her own. A Memorial Service for Mrs. Allen will be held on Saturday, January 4, 2020 at 12:00 at Midway Church of Christ with Mr. Buddy Payne officiating.
To order memorial trees or send flowers to the family in memory of Martha Joyce Allen, please visit our flower store.