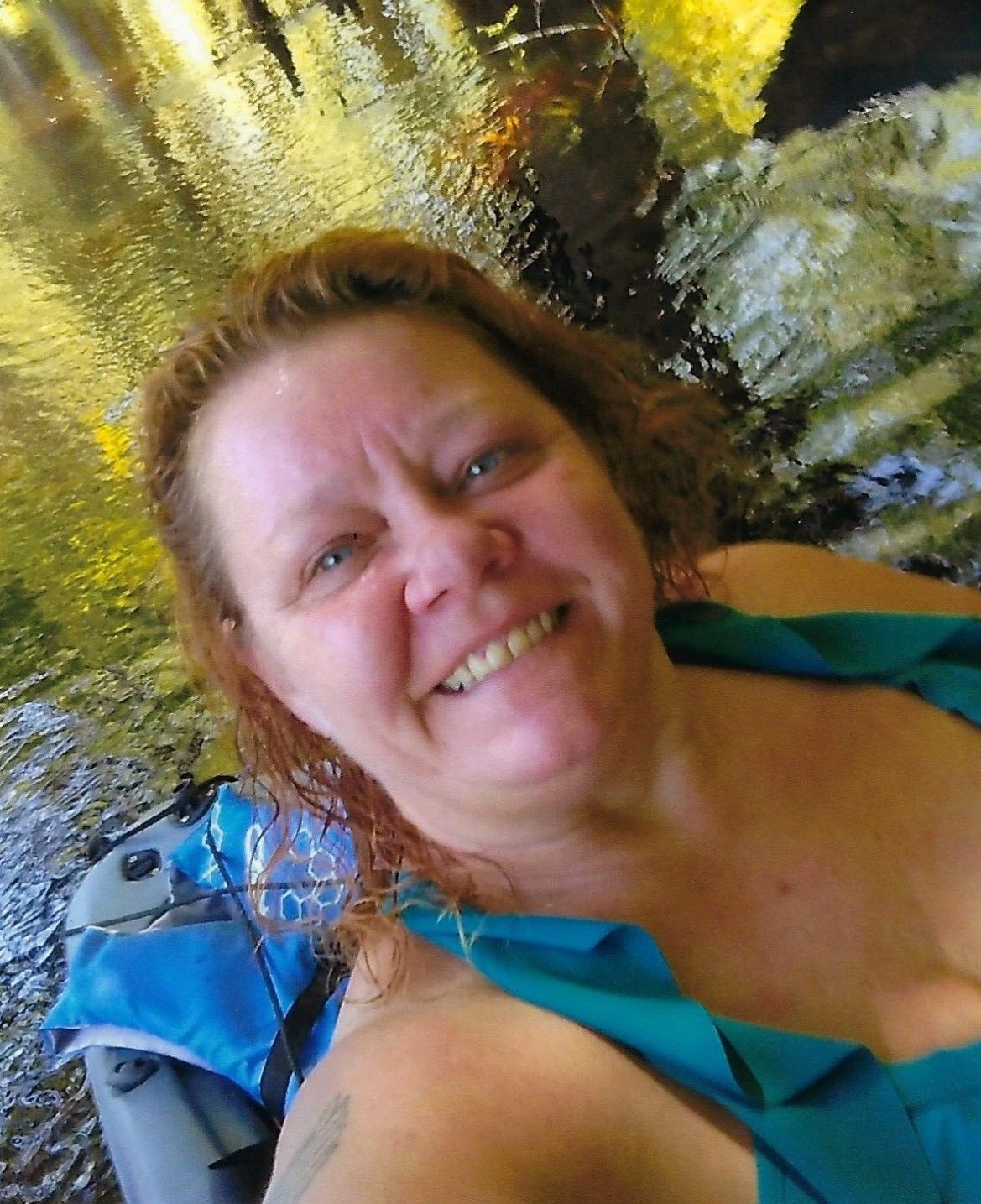 Mrs. Leslie Michelle Manz, age 49, of Trenton, passed away on June 22, 2021 at her home. She was born on January 3, 1972 in Lancaster, CA. After living in numerous states, she met the love of her life, Ed Manz, and the couple married in 2007 and moved to Trenton. Leslie loved being outdoors. She loved kayaking, camping, hiking, swimming, and anywhere she could be barefoot. She is preceded in death by her grandparents, Jerry and Corrine Pizzo, Ray and Louis Hall, and Glen and Nora Von Wald; and uncle Tony Hall.

Leslie is survived by her husband, Ed Manz of Trenton; her children, Amber Jones and Adam Jones both of Trenton; her mother, Laurie Hall of Trenton; brother, Michael Rorke, Jr and his 5 children of Texas; her sisters, Michelle Borjas and her 2 children of Tennessee and Jenny Kinard and her two children of Texas; her aunts, Amy Thompson of Arizona; uncles, Greg Hall of Mississippi and David Hall of Nevada; her nieces and nephews, Dante’ Lefebvre, and Riley, Patrick, McKenzie, Jade, David, Michael, and Alexis Megill; numerous extended family also survive.
A funeral service to honor Leslie’s life will be held on July 5, at 11:00 at the Watson-Milton Funeral Home in Trenton, FL. Arrangements are under the care and direction of Watson-Milton Funeral Home, Trenton. 352-463-8888. www.watsonmilton.com

To order memorial trees or send flowers to the family in memory of Leslie Michelle Manz, please visit our flower store.
Send a Sympathy Card