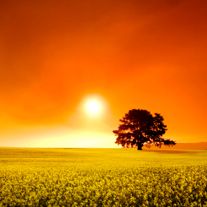 John Franklin "Frank" Simmons, of Bell, FL, passed away on June 12, 2018 at E.T. York Hospice Care Center in Gainesville, FL. He was 78 years old. Frank was born in Bell on April 16, 1940 to Hubert and Jaettie Cannon Simmons and was a lifelong resident. He was an Automobile Mechanic and was a protestant. He is preceded in death by his parents and by his wife of 40 years, Susan Jane Simmons. He is survived by his children, Karen Parker, Genia Simmons, John Simmons, Richard Simmons, Wanda Kehrli and Wayne Walker; his grandchildren, Paul Simmons, Amanda Young, Hilary Parker, Kassandrya Moulton, Rosanna Kehrli, Murray Parker, Stephanie Thompson, Stephanie MacKinnon and Robert Goodman; his great-grandchildren, Tyler Simmons, Kaylee Kehrli and Christina Parker and many more loved ones. Graveside Services for Mr. Simmons will be held at 10:00 AM on Friday, June 15, 2018 at Bell Cemetery with Pastor Shane Smith officiating. In lieu of flowers, the family requests donations be made to E.T. York Hospice Care Center of Gainesville.
To order memorial trees or send flowers to the family in memory of John Franklin Simmons, please visit our flower store.
Send a Sympathy Card