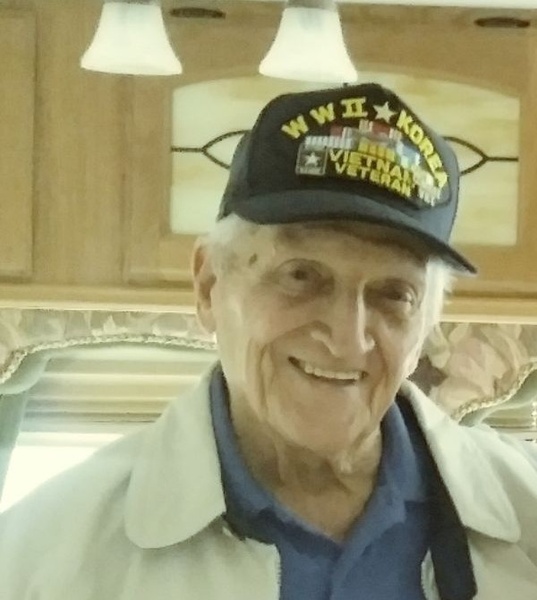 Mr. James Francis Koltz, Sr, age 93, of Trenton, passed away peacefully on May 19, 2021, at his home, surrounded by family. He was born on September 21, 1927 in Follansbee, WV, to John and Alta Thompson Koltz. While in the 10th grade, World War II was underway, and Mr. Koltz was drafted to serve in the United States Army. After his two years, he decided to stay in the military and would serve our country for the next 40 years. His extensive military service included Army, Navy, Air Force, and National Guard. While in the service, not only did he fight in World War II, but he also fought in both Vietnam War as well as the Korean Conflict. He retired at a Staff Sergeant with the Army. After the service, he began a career with the Department of Corrections that eventually brought him to Gilchrist County over 50 years ago. He never lost his patriotic passion and was an active member of the VFW and American Legion. Mr. Koltz was a member of Suwanee River Baptist Church. He is preceded in death by his former wives, Barbara Snyder and Eula Koltz Susi; siblings, Madeline England, Carolann Rogers, George Koltz and John Koltz; and longtime companion, Bobbie Lord.

Mr. Koltz is survived by his children, Charlene (Steve) Moore of Wellsburg, WV, Michael (Barbara) Koltz of Jacksonville, FL, James Francis Kolts, Jr. of Jacksonville, FL, Ronald William (Jean) Koltz of Trenton, Crystal Green of Jacksonville, FL, Madonna (Steve) Homer of St. Petersburg, FL, Jeffery Shawn (Melissa) Koltz of Tallahassee, FL; 12 grandchildren, 26 great-grandchildren; 8 great-great-grandchildren; his siblings, Nametta, Rosemary, Rita, and Paul; and Bobbie’s daughter, Terra Lord, her children and grandchildren.
A funeral to honor Mr. Koltz will be held on Monday, May 24, at 3:00pm at the Watson-Milton Funeral Home Chapel. The family will receive friends for a visitation beginning at 2:00 pm at the funeral home. His interment will follow at Bethel Baptist Church Cemetery. Arrangements are under the care and direction of Watson-Milton Funeral Home, Trenton. 352-463-8888. www.watsonmilton.com

To order memorial trees or send flowers to the family in memory of James Francis Koltz, please visit our flower store.