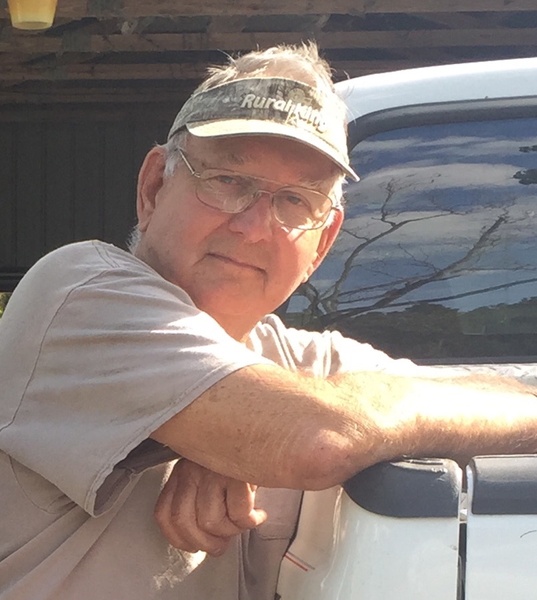 Mr. H.M. “Buddy” Joyner, Jr., age 79, of Trenton, passed away on November
23, at Haven Hospice in Chiefland, surrounded by his family. He was born on
April 19, 1942, on Old Bellamy Road in Fort White, to Hansel and Ettie Lee
(Fry) Joyner. Buddy grew up in Gilchrist County and after school, he enlisted
in the United States Army where he served 2 years in Germany. After his tour
of duty, he returned home and opened a repair and welding shop. Buddy then
married the love of his life, Susan (Colson), and together with his mother
opened Lee Roberts Motors. After retiring from the business in 1991, Buddy
went to work for the Gilchrist County School Board as an auto mechanic
teacher, then for the Gilchrist County Road Department as the Road
Superintendent, before going to work for Piedmont Farms. He eventually
opened Joyner Land Clearing, and finally decided to fully retire after working
with Sanchez farms in Dixie County. Safe to say, Buddy was a Jack of all
trades. He also enjoyed many hobbies over the years that made him a host
of friends. He was a race car driver, an airplane pilot, he loved horses and
offshore fishing to name a few. He was a brother in the Masonic Lodge No.
46 out of Trenton, as well as a member of the Suwannee River Shrine Club.
He was preceded in death by his parents.
Buddy is survived by his wife of 49 years, Susan Joyner of Trenton; his
children, Julee (Billy) Brideson, Jennifer Joyner, and Brent Joyner all of
Trenton; his grandchildren, Taylor, Grady, Gage, and Emma Lee; one great
grandson, Cal; his sister, Mary Lee Colson of Tallahassee; his dog Sam and
many friends.
A graveside funeral to honor Buddy’s life will be held on Monday, November
29, at 2:00 pm at the Bethel Baptist Cemetery in Trenton, with Bro. Andy Cook
officiating. Arrangements are under the care and direction of Watson-Milton

To order memorial trees or send flowers to the family in memory of H.M. "Buddy" Joyner Jr., please visit our flower store.