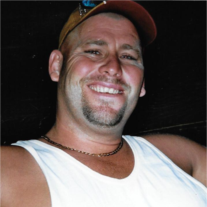 Herman Shane Carlisle, age 50, of Trenton, FL, passed away on Friday, September 15, 2017. He was born in Gainesville, FL on December 9, 1966 to Herman L. and Patricia Carlisle and was a lifelong resident of Gilchrist County. He was employed in the construction industry. Herman is preceded by his father, Herman Leroy Carlisle. He is survived by his wife, Deana Carlisle of Trenton; his daughter, Lea Carlisle of Trenton; his two sons, Lee (Catie) Carlisle of Newberry and Joseph Carlisle of Bell; his mother, Patricia Carlisle of High Springs; his sister, Linda (Don) Odle of Old Town; his brother, Carl Carlisle of Trenton and his grandchild, Hunter Carlisle. A Memorial Service for Mr. Carlisle will be held on Saturday, September 30, 2017 at 11:00 A.M. in the chapel at Watson Funeral Home.
To order memorial trees or send flowers to the family in memory of Herman Shane Carlisle, please visit our flower store.