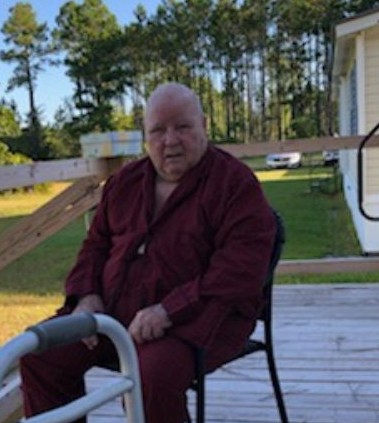 Mr. Henry Roberts, age 90, of Old Town, passed away on June 26, 2021, at his daughter’s house in Waycross, GA. He was born in Bell, FL on June 15, 1931, to Shered and Linnie Cannon Roberts. After graduating from high school, Mr. Roberts enlisted in the United States Army where he would serve for 6 years. Upon returning home, he began working for the railroad. He worked for Seaboard and CSX Railroad Companies for 27 ½ years until his retirement. The railroad moved him all across Florida and Georgia, but Gilchrist County was always home. He enjoyed fishing, mowing, and working out small engines. He was a member of Cherry Sink Church of Christ. Mr. Roberts is preceded in death by his wife, Annie Mae Roberts; his son, Dexter Roberts; and his parents.

He is survived by his wife, Eleanor Roberts of Old Town; his daughter, Marilyn (Billy) O’Bright of Waycross, GA; sons, Wesley (Joni) Roberts of Tampa and Timothy (Kimm) Roberts of Winfield, AL; 5 grandchildren and 4 great-grandchildren and numerous extended family also survive.
A funeral to honor Mr. Roberts’ life will be held on Wednesday, June 30, at 11:00 am at Watson-Milton Funeral Home. The family will receive friends for a visitation on Tuesday, June 29, from 6:00 to 8:00 pm at the funeral home. His services will be officiated by Brother John Zellner, Preacher at Cherry Sink Church of Christ. He will be laid to rest at Sunset Memory Gardens in Thonotosassa, FL on Thursday, July 1. Arrangements are under the care and direction of Watson-Milton Funeral Home, Trenton, FL. 352-463-8888. www.watsonmilton.com

To order memorial trees or send flowers to the family in memory of Henry Roberts, please visit our flower store.
Send a Sympathy Card